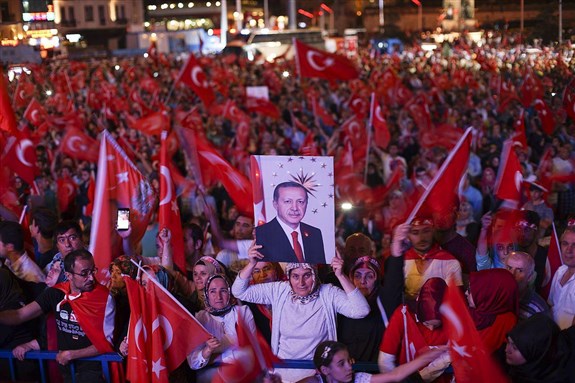 Consequently, Christian religious education is still dominant in most South African schools since it is the religion of the majority. Another conclusion, based on the same data, is that there is no indication of any mediating discussions.


Put differently, principals in this study did not use mediation as a leadership strategy when dealing with conflicts that erupted as a result of religion policy implementation in schools although they had received training up to a post-graduate level and had been exposed to conflict management and resolution theory.

It could be inferred, therefore, that the skill of applying their knowledge of these strategies in their own schools may not have been developed adequately. When confronted by tensions and dilemmas, the data indicates, principals preferred to avoid them by either ignoring them or partially subcontracting into the policy directives to show compliance with legislative instructions. The data presented in this study clearly indicates that in managing conflicts related to diverse religious interests, school principals selectively adopt certain legislative clauses for technical or administrative purposes that may help them align with the directives of departments of education, not necessarily for their application to the day-to-day running of their schools.

Indications from this study are further that, in dealing with religion policy implementation in schools, principals ignore the policy in favour of maintaining the status quo. When faced with conflicting religious interests, they partially sub-contract into the policy. Principals therefore do not acknowledge or use transformative mediation as a leadership strategy for conflict resolution in existing religious context in schools.

There seem to be two possible reasons for this. One, principals have not received training or are not skilled in the use of transformative mediation. Two, they lack the requisite set of knowledge, skills and attitude particular to transformative mediation processes. There were exceptions, though. Some of the principals who participated in this study were confident, open and generous; they had the integrity, ability or potential to use their past religious experiences to transform the quality and nature of interaction in their schools.

Some of these principals see themselves as spiritual beings having a human experience rather than as human beings who may be having a spiritual experience. Should they receive proper and adequate training, these are the principals who could assist the South African government in its attempts to facilitate the implementation of policies fraught with tensions, policies that could cause moral dilemmas in schools as regards people' s understanding and expression of spirituality, diversity, morality and human nature.


The findings presented above clearly indicate that most of the principals in this study could not accommodate differences and as a result their actions perpetuated religious intolerance in areas such as policy development, learner admissions and educator appointment, teaching about religion, as well as religious observances. One of the functions of a school governing body, as stated in Section 20 of the South African Schools Act Act 84 of , is to develop and adopt school policies, including those pertaining to religion.

In describing the way in which policies are developed and implemented in their schools, it is clear that the majority of the principals in this study sub-contracted into the policy by becoming the appropriate authorities that crafted the religion policy of the schools. By sub-contracting, this study refers to a strategy in which the school principal implements the intended educational change according to the wishes of a particular interest group or department of education. Our study found that a number of schools adapted some of the clauses from the South African Constitution Act of , South African Schools Act Act 84 of and the national religion policy into their school policies, not necessarily with the intention of applying them in their daily school lives, but to technically or administratively comply with the directives of departments of education.

In so doing some of these school principals owned the task of policy development fully while others involved the SMT. Those that involved the SGB would agree with decisions taken but would either practise the opposite or manipulate SGB elections with the intention to have people from the same faith in majority.

It is in terms of such practices that, in accordance with the Constitution, section 22 1 of the Schools Act 84 of , the participating principals adapted some clauses into their school policies and the SGB acted as a ' rubber stamp' without any guarantee that such clauses would in fact be implemented. The implication is therefore that although the policy preaches the message of tolerance, in practice, intolerance prevails. As indicated earlier on, the practice does not only make the conflict destructive, but also increases or sharpens differences that lead to irresponsible and harmful behaviour.

Principals in this study were aware of religious changes that came about with the Constitution after Some of the changes they mentioned were that, although morning assemblies remained the responsibility of the principal, they were no longer compulsory but free and voluntary; that no learners may be refused admission to a school, and that no educator may be refused appointment on religious grounds. It is because of these changes that principals in the study who grew up in the Hindu and Islam faiths were appointed to predominantly white, Christian-oriented schools, regardless of the fact that they were non-whites.

Nevertheless, religious intolerance still prevails in this regard.

The majority of the schools led by principals in this study still describe themselves to be of Christian character during the admission and appointment processes. This implies that although parents and appointees' fears are allayed by being told that they should feel free to invite their religious leaders to come and address learners as part of their different religious observances, we doubt that the manner in and the level at which these conversations take place, leave room either for debates or objections.

The parent or educator concerned either obeyed or forfeited the space. Because of this, their right to make decisions on religious matters in schools, including decisions on morning devotions, were seldom if ever questioned, hence stakeholder groupings had no say in this regard. This then leaves us with the conclusion that religious intolerance in these schools still prevails.

Although, for example, there is record keeping about religions that are represented in a school, nowhere in school practices or processes such information is effectively utilised, besides that is can be used in a manner that is uncalled for. The principals' narratives indicated that educators in their schools did not give Religion Education the attention it required. One reason for this was their ignorance of other religions: all they knew was for example, Christianity. It is imperative while at this juncture to mention that there are principals in this study who admitted that in every religion there is something good.

What remains an obstacle, is for someone who belongs to the Islam faith to teach about Christianity vice versa. Although these principals have a positive outlook towards differences, they could not help transform the teaching and learning of Religion Education in their schools. In this manner, they promoted religious intolerance. The second group of principals is of those that admitted that each religion worth learning about. In so doing, these principals demonstrated tolerance towards religious 'Other'. The third and last group of principals is of those that ignored the behaviour of educators towards the teaching of Religion Education because they themselves admitted that they were having difficulty imagining the teaching of religions different from theirs arguing that there is nothing ' good' in other religions, hence his reluctance of educators to teach them to Learners.

It might be attitudes like these that lie at the heart of persistent intolerance against other religions at the schools where these principals are based. The principals' narratives revealed that morning devotions continued in the Christian way while other, minority, religions were marginalised.

In some schools learners and educators subscribing to other religions were not allowed to observe their religions either in terms of dress code or in terms of worship whereas in others classrooms were provided for use by minority groups and Muslims were released to go to mosque on Fridays. It is the interpretation and understanding of the majority of principals who participated in the study that permitting, for instance Muslim learners to go to mosque without considering their lost time or sparing them a classroom was in a way, conducting religious observances on an equitable basis as well as availing their facilities for such observances.

As a result, lost teaching time was never recovered and learners simply had to catch up on their own. Also when looking at the lost time that could hardly be covered due to attendance of the Mosque on Muslims' side, no parent would insist in this regard.

Such practices weaken the voices of victims and strengthen those of perpetrators. For these reasons, parents and educators had no option but to comply with what they were offered as the religious ethos of the school or else they would be victimised one way or another. Perhaps this is why, in some schools, although that is permitted, very few of them asked to be excused on Fridays for Mosque and religious intolerance remains.

It is indicative however that while some schools opt for a multi-faith approach in which provision is made for parallel programmes in religious instruction, albeit for a selected number of religions, most of the schools represented in the study, on the other hand, regard a single-faith approach to be the only way to deal with religion in education. As indicated earlier, in schools where religion education is offered, if offered, the religion of the majority dominates, hence religious intolerance, inequalities, social injustices and unfair discrimination are still at the order of the day.

Institute for Religion and Education

Religions other than one's own are not tolerated in these principals' schools. As a result, whatever is deemed necessary is done to ensure that other religions are not acknowledged or promoted on school premises. Included in steps to inhibit the existence of other religions were solely at policy development level where the school principal is the key agent in crafting and implementing the religion policy of the school. The other marginal line is drawn during learner admission and staff appointment where although discussions seem open and involving, the reality is that they do not leave room for debates or objections.

Teaching about religion where learners are not taught about religions other than that of the majority is also used to inhibit the existence of other religions in these schools. Lastly, it is more difficult for learners and staff in other faiths to observe their religions than observing that of the majority. It is evident that tensions and dilemmas are inevitable when one or the other party feels marginalised. It is clear from this study that educators, parents and learners showed their dissatisfaction with the ways in which principals handled the whole process differently.

For instance some assemblies and religion education lessons are boycotted, either by learners or educators. Because of the lack of knowledge, skills, values and attitudes, these principals use whatever means they can to avoid existing religious conflicts in their schools. Some would adapt a certain clause to the school policy for it to appear in line with what the Department of Education requires and implement a different version while others would opt for the principle of religion in the majority within the vicinity of the school at the initial stage - crafting of the policy.

In so doing, they run the risk that conflict could drag on overtly or covertly. We therefore recommend that pre-service and in-service training that strengthens educators and principals skills, values, and attitudes are absolutely essential to the promotion of religious tolerance in schools. Agius, E.